Doing something for peace 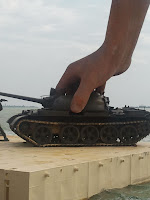 Peace Day 21 September 2012, sponsored by the UN, is intended to be a day of ceasefire and non-violence, a "Global Truce". Unrealistic? A worldwide campaign called Peace One Day is calling for and working towards the largest global reduction of violence – including domestic violence – ever recorded on one day. Surely that is worth supporting? On Peace Day 2008 the UN Department for Safety and Security announced a 70% reduction in violent incidents in Afghanistan. Peace Day agreements have already led to the vaccination against polio of 4.5 million children in recent years. If only this kind of pressure could also be applied to ongoing violence against the unborn. In any case, information about this year's "Global Truce" and how you can get involved can be found here.

Meanwhile the Pope has been in Lebanon, at the heart of the troubled Middle East, giving one of his great speeches on the building of peace in the world. The heart of it is this:

A commitment to peace is possible only in a unified society. Unity, on the other hand, is not the same as uniformity. Social cohesion requires unstinting respect for the dignity of each person and the responsible participation of all in contributing the best of their talents and abilities. The energy needed to build and consolidate peace also demands that we constantly return to the wellsprings of our humanity. Our human dignity is inseparable from the sacredness of life as the gift of the Creator. In God’s plan, each person is
unique and irreplaceable. A person comes into this world in a family, which is the first locus of humanization, and above all the first school of peace. To build peace, we need to look to the family, supporting it and facilitating its task, and in this way promoting an overall culture of life. The effectiveness of our commitment to peace depends on our understanding of human life.... Wherever the truth of human nature is ignored or denied, it becomes impossible to respect that grammar which is the natural law inscribed in the human heart (cf. Message for the 2007 World Day of Peace, 3).

He had words to say on education for peace:


Education, whether it takes place in the family or at school, must be primarily an education in those spiritual values which give the wisdom and traditions of each culture their ultimate meaning and power. The human spirit has an innate yearning for beauty, goodness and truth. This is a reflection of the divine, God’s mark on each person! This common aspiration is the basis for a sound and correct notion of morality, which is always centred on the person. Yet men and women can turn towards goodness only of their own free will, for "human dignity requires them to act out of a conscious and free choice, as moved in a personal way from within, and not by their own blind impulses or by exterior constraint" (Gaudium et Spes, 17). The goal of education is to guide and support the development of the freedom to make right decisions, which may run counter to widespread opinions, the fashions of the moment, or forms of political and religious ideology. This is the price of building a culture of peace!

He identified the real obstacles to peace:


We need to be very conscious that evil is not some nameless, impersonal and deterministic force at work in the world. Evil, the devil, works in and through human freedom, through the use of our freedom. It seeks an ally in man. Evil needs man in order to act. Having broken the first commandment, love of God, it then goes on to distort the second, love of neighbour. Love of neighbour disappears, yielding to falsehood, envy, hatred and death. But it is possible for us not to be overcome by evil but to overcome evil with good (cf. Rom 12:21). It is to this conversion of heart that we are called. Without it, all our coveted human "liberations" prove disappointing, for they are curtailed by our human narrowness, harshness, intolerance, favouritism and desire for revenge.

And he insisted that religious coexistence was possible:


In Lebanon, Christianity and Islam have lived side by side for centuries. It is not uncommon to see the two religions within the same family. If this is possible within the same family, why should it not be possible at the level of the whole of society? The particular character of the Middle East consists in the centuries-old mix of diverse elements. Admittedly, they have fought one another, sadly that is also true. A pluralistic society can only exist on the basis of mutual respect, the desire to know the other, and continuous dialogue. Such dialogue is only possible when the parties are conscious of the existence of values which are common to all great cultures because they are rooted in the nature of the human person. This substratum of values expresses man’s true humanity.


The freedom to profess and practise one’s religion without danger to life and liberty must be possible to everyone. The loss or attenuation of this freedom deprives the person of his or her sacred right to a spiritually integrated life. What nowadays passes for tolerance does not eliminate cases of discrimination, and at times it even reinforces them. Without openness to transcendence, which makes it possible to find answers to their deepest questions about the meaning of life and morally upright conduct, men and women become incapable of acting justly and working for peace.

On 15 November, Cardinal Angelo Scola will be talking in the presence of other religious leaders at Heythrop College in London about RELIGIONS, PLURALITY, AND THE COMMON GOOD. Do come if you can.

Posted by Stratford Caldecott at 18:04