This blog is resting

Happy Easter, everyone! This is just to let you know that I probably won't be posting much on this blog for at least a month or two, since I am concentrating my energies on some other writing and editing projects. It will remain for the time being an archive for reference - an extension of the main Economy Project site - until I decide on the next phase. Next year is the 20th anniversary of Second Spring, so time for some rethinking and a relaunch! Please try to follow the various blogs that are recommended in the left-hand column, which are doing a great job and are always full of good material.
Posted by Stratford Caldecott at 08:09 No comments:

The crisis of national identity

Such a heading might be suitable in many countries. Every country seems to be going through a crisis of national identity, though perhaps for different reasons in each case. On a visit to Madrid recently I was told that Spain had never quite rediscovered itself since losing the great empire of Philip II, which he ruled from the Escorial, his monastic palace in the granite mountains, modelled some say on the Temple of Solomon. Britain, or the “United Kingdom”, lost hers as the Empire dissolved into the Commonwealth and the spirit of the Blitz was replaced by the spirit of consumerism and the dictatorship of relativism. As we struggle to integrate an influx of immigrants, we wonder what it means to be a British citizen and how it can be taught.

So where does a national identity come from? It does not come from navel-gazing or looking in the mirror. Identity comes from the relationships that define us. The identity of a nation is an aspect of the common good of its people – what they know, will, feel, and love writ large; what they won’t do, and what they will. It is the past (memory) and the future (imagination). It is the stories it tells about itself, the ideals it aspires to.

Deeper than all this it is a mission. As in the case of my personal identity, I am what I am given to do. I am unfinished; I must become what I am. Thus we find our identity when we hear a call, the summons to be a self. This is why a nation has a patron saint. Often, that saint expresses the particular character and mission of the nation, at least in some symbolic way. England should be asking St George, what dragon must we conquer?
Posted by Stratford Caldecott at 21:16 No comments: 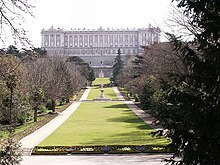 While in Madrid this month for the Encuentro, I attended the excellent opening lecture about the Big Society by Phillip Blond of ResPublica. At the risk of caricaturing by oversimplification, and distorting by paraphrase, he made among others the following points.

To mutualise by creating public-sector cooperatives is a way of avoiding the main problem with privatisation, which is that it merely transfers monopolies from the State to small numbers of private individuals. It is important to devolve power and wealth, in accordance with the principle of subsidiarity -- to devolve them where possible not to individuals but to groups. As individuals we are virtually powerless, but as groups we can create new schools, hospitals, guilds...

Individualism is "left-wing". Rousseau's extreme individualism easily flips into collectivism via the notion of the "general will" (made up of many individual wills). Anarchy and totalitarianism are two sides of the coin of individualism. If we are merely individuals with competing rights, we will require a surveillance or police State to ensure order. How do we escape from this dilemma? By realising who we are: that is, not just individuals, but individuals in relationship. To abstract ourselves from these relationships is to fail to understand the nature of the human being.

Europe is "locked in a conspiracy of decline". Bureaucracies proliferate due to suspicion and fear. We can reverse that decline by reviving civil society and creating a culture of trust (cf. trust networks like eBay). But the only way to do that, just as the only way out of the poverty trap, is through education -- education for virtue. Morality is not oppressive or repressive but essentially liberating.

This then connects with the themes of my other blog, Beauty for Truth's Sake. But I wonder if the Big Society, and mutualism and localism generally, can succeed without a profound spiritual impulse. The role of the Spirit in all this cannot be underestimated, and that is the subject of work by Michael Black that I intend to discuss in future posts.
Posted by Stratford Caldecott at 09:10 No comments: