The Joy of the Gospel 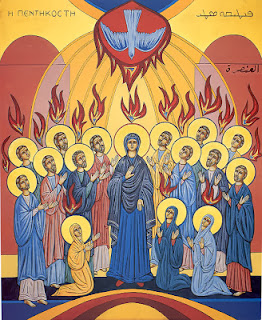 In Evangelii Gaudium, Pope Francis lays out a vision for his pontificate, much as John Paul II did in Redemptor Hominis (although the latter was an encyclical and the former is an Apostolic Exhortation).

It begins with a call to joy through a renewed encounter with the risen Lord. It includes a reiteration of John Paul’s appeal for help in transforming the papacy itself—a “conversion of the papacy” and of the “central structures of the universal Church”, all of which “need to hear the call to pastoral conversion” (n. 32). He clarifies many of the remarks he has made in interviews since the election, which have been widely misinterpreted. Sections 34 to 39 are particularly helpful, where he speaks of the “hierarchy of truths” (citing St Thomas Aquinas and Vatican II) and the priority of the virtue of mercy.

The Pope also points out that theology, doctrine, and pastoral practice (and the way they are expressed) continue to develop. “For those who long for a monolithic body of doctrine guarded by all and leaving no room for nuance, this might appear as undesirable and leading to confusion. But in fact such variety serves to bring out and develop different facets of the inexhaustible riches of the Gospel” (nn. 40-41).

In this brief summary of some of the main points of the Exhortation, which does not claim to cover everything of importance, I will begin by mentioning some of the most controversial.

Social Teaching
A number of paragraphs are devoted to economic, social, and political issues. This is not a social encyclical (see n. 184) and therefore the treatment must be somewhat cursory, but the basic outlines are clear. Francis condemns the “throw-away culture”, a culture of exclusion, and the idea that wealth will “trickle down” to the poor from the rich (it sometimes does, but hardly enough), the idolatry of money, the obsession with consumption, the accumulation of debt, and the spread of corruption, calling for a financial reform based on a firm grasp of ethics (nn. 53-59). “We can no longer trust in the unseen

Read more »
Posted by Stratford Caldecott at 16:00 No comments: