The online book review journal Humanum is published by the John Paul II Institute in N. America. It has a particular concern with topics that directly affect the poor and the vulnerable in our society. Please consider registering on the site for a free subscription, so that each new issue can be brought to your attention as soon as it appears.

The first three issues were concerned with "The Child", with Children of Divorce", and with "Artificial Reproduction" (IVF etc.). A fourth on "Same-Sex Unions" and a fifth on "Absent Fathers" will follow. But we began with a focus on children as perhaps the most vulnerable members of human society. They are subject to most of the same pressures and assaults as adults; in addition to this, the very factors that make them children open up other areas of vulnerability. We are

Read more »
Posted by Stratford Caldecott at 21:17 No comments: 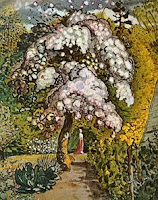 An important article by Mary Taylor in Communio, based on her forthcoming book, offers Catholics a new paradigm for considering the ecological question. The following notes are based on her article. She calls the various ecological approaches “trajectories”, because they are not – or not only – theories, but encompass ways of thinking, of being, of acting, and of living. Roughly speaking, there are three such trajectories.


The First Trajectory sees the world as made up of separate entities, extrinsically related like the various mechanical parts of a machine. It is underpinned by the philosophies of modernity, characterized by mechanism in physics, representative epistemology, and instrumental reason. It is "dualistic" in the sense that it separates public and private, immanent and transcendent, subject and object, fact and value, mind and body. It tries to solve problems by tinkering with the machinery, making it more efficient and effective. The human will aspires to supremacy, and natural resources are valued only in terms of their utility to people.

The Second Trajectory focuses on nature as a holistic system that needs to be sustained for its own sake and not simply for human utility. This is the home of "Deep Ecology", which approaches environmental problems at levels above and beyond the

Read more »
Posted by Stratford Caldecott at 20:04 No comments:

In an article in the Guardian newspaper, "Red Tory" intellectual Phillip Blond argues that David Cameron has abandoned his radical vision of bottom-up conservatism. "The government is now focused on a purely negative agenda of deficit reduction, and unable to offer a positive vision of the future.... A new conservatism has been strangled at birth; a failure to rethink the party's economic offer means that old economics have killed new politics." Blond picks up with approval the phrase currently being used to re-brand the Labour Party: "One Nation". Watch this space.
Posted by Stratford Caldecott at 08:59 No comments: