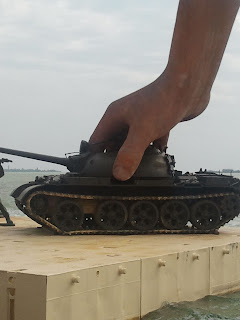 "We have learnt that barbarism is not a picturesque myth or a half-forgotten memory of a long-surpassed stage of history, but an ugly underlying reality which may erupt with shattering force whenever the moral authority of a civilization loses its control." -- Christopher Dawson, Religion and the Rise of Western Culture, 1950

How do we understand the riots and looting that have engulfed parts of many British cities in the last few days? Britain's "broken society" has come in for a lot of comment, but there are reasons that lie deeper than family breakdown, poor education, unemployment and poverty, and the loss of trust in politicians. John Milbank's comments are interesting. I would add that we are seeing the results of an erosion of the sense of transcendence and respect that accompanies, not necessarily a religious faith, but a religious sense - the sense that somewhere there may be something worthy of belief, even if we aren't exactly sure what it is. It is not religious dogma that awakens this sense, but the experience of being loved. Mindless violence is the result of mindlessness: of living entirely at the level of feeling, impulse, and instinct, of never having been woken by love to the reality of an existence greater than ourselves, which is the awakening of the mind as much as it is the awakening of true human feeling.

The roots of all this lie deep. In the previous post I recommended a book by historian Glenn W. Olsen called The Turn to Transcendence. Winston Elliott III mentioned another seminal title in his comment: David L. Schindler's Heart of the World, Center of the Church. Others that would be worth mentioning in the same breath are Richard Weaver's Ideas Have Consequences, Romano Guardini's The End of the Modern World, Louis Dupre's Passage to Modernity, Jean Danielou's Prayer as a Political Problem, and G.K. Chesterton's What's Wrong with the World? Helpful too are several works by the historian Christopher Dawson, including The Judgement of the Nations (1943) which, though written in the face of totalitarianism, correctly saw that Western civilization itself had already broken down, and that victory against the Nazis would leave us vulnerable to moral anarchy and the temptation to control our own populations by the use of ever more powerful (and ineffective) machines - by means of cameras, plastic bullets, and ultimately tanks. Without a spiritual revival individuals will be incapable of controlling themselves. It's all in Plato, of course. If order is not in the soul, we will not find it elsewhere.
Posted by Stratford Caldecott at 18:58 1 comment: