Recent calls for a 21st century Enlightenment (the new strapline for the Royal Society of Arts) go roughly like this. The Enlightenment legacy of Individualism, Universalism and Humanism needs to be reinterpreted and relaunched. Our society is prone to violence and selfishness, so we need a revival of ethics. Scientific research that shows morality and communitarianism to be rooted in biology strengthens the hope that such a revival is possible. In my view this risks being a feeble argument, unless it takes into account the spiritual as well as the material nature of man. The Enlightenment led to a privatization of faith that allowed an agressive materialism to flourish and dominate. What we need is a new kind of secularity based on a broader concept of reason. The Summer 2010 issue of RSA Journal itself contains a plea by Prof. Cecile Laborde of University College, London:


Secularism properly understood – as a political philosophy – need not be anti-religious. The secular state is not a state committed to substantive atheism or to the marginalization of religion from public and social life. It is, rather, a state in which citizens share a language – a secular language – for discussing political matters.

Prof. Laborde's view is that “religion has a legitimate place in the secular state”, and not merely as a cultural curiosity. She distinguishes Reformation secularism, which aimed at protecting the conscience of all citizens, from

Read more »
Posted by Stratford Caldecott at 07:56 No comments: 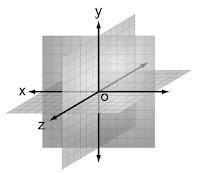 Pope Benedict says somewhere: “The four fundamental principles of Catholic social teaching: dignity of the human person, the common good, subsidiarity and solidarity…offer a framework for viewing and addressing the imperatives facing mankind at the dawn of the 21st century…The heart of the matter is how solidarity and subsidiarity can work together in the pursuit of the common good in a way that not only respects human dignity, but allows it to flourish.” In my introduction to this blog, I also tried to reduce the principles of Catholic social teaching to four, and came up with a slightly different list: personality, solidarity, subsidiarity and sustainability. There is a nice completeness about this division of social teaching into four dimensions. You begin with a point, which represents the human person, extended into a line (x), which represents solidarity or the intrinsic relationship of self to neighbour. You then add the vertical dimension (y) to represent subsidiarity or the way in which authority is organised, and finally the dimension of time (z), which shows that we have a responsibility both to the past and to the future. All in all, CST is a very comprehensive system, which can be unpacked and applied in many ways.
Posted by Stratford Caldecott at 06:17 No comments:

HRH the Prince of Wales was in Oxford this week to give a speech on Islam and the Environment. The whole speech can be viewed or read on his web-site, but here is an extract:


I would like you to consider very seriously today whether a big part of the solution to all of our worldwide “crises” does not lie simply in more and better technology, but in the recovery of the soul to the mainstream of our thinking. Our science and technology cannot do this. Only sacred traditions have the capacity to help this happen.

In general, we live within a culture that does not believe very much in the soul anymore – or if it does, won’t admit to it publicly for fear of being thought old fashioned, out of step with “modern imperatives” or “anti-scientific.” The empirical view of the world, which measures it and tests it, has become the only view to

Read more »
Posted by Stratford Caldecott at 21:38 No comments: