We Are Not Gods

The NEH-funded Jefferson Lecturer this year (2012) was the great American writer Wendell E. Berry. In his lecture, entitled "It All Turns On Affection", he says the following:

"The problem that ought to concern us first is the fairly recent dismantling of our old understanding and acceptance of human limits. For a long time we knew that we were not, and could never be, 'as gods.' We knew, or retained the capacity to learn, that our intelligence could get us into trouble that it could not get us out of. We were intelligent enough to know that our

Read more »
Posted by Stratford Caldecott at 18:44 No comments: 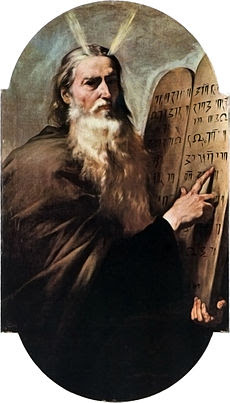 Catholic social teaching – a branch of moral theology – is often misperceived as a list of do's and don'ts. Mostly don'ts. Don't defraud the poor, don't cheat and lie, don't pollute the environment, don't torture prisoners, and so on. The list is pretty much endless, and many of the Church's strictures (especially concerning sexual behaviour) are more honoured in the breach than the observance, even by Catholics.

The Church used to say she was upholding a set of "norms" to which we should conform. To behave in accordance with these norms is to be virtuous, to fail to do so is to commit a sin (in Greek "to miss the mark"). Thus the Church offers Christ as "the norm" for all human behaviour, the "concrete universal", the model of holiness to which with the help of grace we should try to conform ourselves. He is the embodiment of Catholic social teaching, indeed of all Catholic teaching.

But in the modern world the word "normal" is barely comprehensible. The word "norm" conjures up a statistical norm, created by measuring the way a majority happens to behave, whether sinfully or not. From being prescriptive, norms are now regarded as merely descriptive. In a world where the bridges between "is" and "ought" have all been smashed, normal behaviour is simply what most people do.

Would it therefore in some circumstances be preferable to use the word "ideal" – to hold up generosity, or kindness to neighbours, or faithfulness in marriage, as ideals to which the Church is calling us? But that word, too, has its problems. It implies an aspiration, one

Read more »
Posted by Stratford Caldecott at 12:03 No comments: