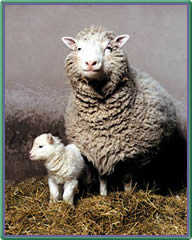 "rational human beings do not base their decisions on reality but on their understanding of reality and the two are never the same – although the extent of the divergence does vary from person to person and from time to time – and it is the variance that matters. This is the principle of fallibility. Second, the participants’ misconceptions, as expressed in market prices, affect the so-called fundamentals which market prices are supposed to reflect. This is the principle of reflexivity. The two of them together assure that both market participants and regulators have to make their decisions in conditions of uncertainty. This is the human uncertainty principle. It implies that outcomes are unlikely to correspond to expectations and markets are unable to assure the optimum allocation of resources. These implications are in direct contradiction to the theory of rational expectations and the efficient market hypothesis. The extent and degree of uncertainty is itself uncertain and variable. Conditions may range from near-equilibrium to far from equilibrium. Again, it is the variance that matters. In practice markets have a tendency to move towards one of these extremes rather than to hover near a historical or theoretical midpoint between them. In evolutionary systems theory these extremes are called 'strange attractors'. My contention is that financial markets tend towards these strange attractors, not to equilibrium."

Many would go further. Markets are fine in their place, but not if everything is for sale and the market invades every aspect of our lives. Lets make a list of some of the things we might not want to "commodify". My list would include body parts, human beings, sex, nuclear weapons, private information, clean air, toxic debt, electoral votes, the surface of the moon (although someone gave me a deed to part of it as a birthday present and I am very grateful).

Surely no one disputes that some kind of regulation is needed for the markets, but who regulates and in whose interest? In any case, the whole idea of "self-interest" is way too fuzzy – once it becomes separated from ethics and a sense of real human flourishing we are bound to get into trouble. The moral anarchy of hedonistic individualism will probably lead to a surveillance state and some kind of attempted despotism – an "invisible hand" we could well do without.

Recent scandals in the National Health Service show what happens when quality and service are reduced to quantity and measurement. Money is wasted on excessive salaries and computer networks that don't work, the buck is continually passed, bureaucratic procedures takes precedence over patient care, old people are left vulnerable to abuse, and pressure increases to legalize euthanasia. The scandals in education, where we have recently seen examination boards competing to convince teachers that their tests will allow for higher marks and less failure (thus pushing down standards and turning schools into results factories), show the same thing. Teachers and nurses are understandably deserting their profession because it is just too dispiriting.

Then there is globalization. As Jeremy Warner recently wrote in the Daily Telegraph, "from the Occupy Wall Street and Tea Party movements of the US to the rise of populist politics in Europe, the globalisation backlash is everywhere."


In real terms, Americans are on average no better off than they were 30 years ago; in Britain, the Institute for Fiscal Studies says that our real disposable incomes are in the midst of a 14-year freeze. Vast tracts of gainful employment in textiles, potteries, shoe-making, machine tools and many other industries have disappeared.... The West’s competitive advantage, even in hi-tech industries such as pharmaceuticals and aerospace, is being fast whittled away too. The welfare and health entitlements to which we have become accustomed look ever more unaffordable, while the final-salary pensions that workers could once expect as reward for a lifetime of service are now confined to the public sector – and those too will surely be gone within 10 years.

Warner writes that "by opening up the global economy to Asia, Latin America and Eastern Europe, the West seems to have unleashed a doomsday machine which threatens ever-greater destruction of its own living standards.... Adam Smith’s “invisible hand” cannot operate efficiently in a world of wildly different labour standards, attitudes to the rule of law and manipulated currency values." His recommendation is partly that we start to think and act more locally ("washing our own sprouts" rather than shipping them across Europe and back to be processed). Localism is certainly an option, if not a necessity, but again it calls for careful regulation based on agreed principles that are not yet in sight.

Economics cannot be separated from politics any more than either of them can (or should) be separated from ethics. But not only do we not trust our politicians; as a society we cannot agree on the basis for judging their actions. There is no generally agreed set of assumptions on which to base moral decisions. All we have to fall back on are our likes and dislikes (the "yuk" factor). Democracy has become an extension of reality TV. Can our political culture recover from all of this? The stakes could hardly be higher. During the next few years, increasing powers of destruction will fall into the hands of both governments and terrorists. The genetic engineering of human beings will be performed, at first clandestinely and later in the open, for medical but also for purely commercial and probably military purposes. The traditional family will become an oddity, found only among a despised subculture of religious believers dismissed by mainstream society as fanatics and fundamentalists.


The only way to rebuild democracy is from the ground up, rather than start with the whole system and work from the top down. A healthy national or global democracy depends on a healthy local democratic culture and a healthy civil society – precisely the two things we seem to lack. If those are in place, the big picture has a chance of sorting itself out. But a healthy civil society depends on networks of association, a strong local economy, small businesses, and a common ethos. It doesn’t happen in a fizzing entrepreneurial maelstrom or a depression. It needs the kind of stability over time which enables trust and friendships to grow and flower. Life grows organically, if it grows at all.

The organic recovery of civil society can be facilitated by a government that is prepared to behave more like a gardener than an engineer. But human ecology is not just about land and crops. It is about healthy, extended families, which form the basic structure supporting the rest of civil society. It is about a system of education geared to producing civilized, virtuous human beings – not merely producers and consumers. It is about the recovery of a sense of the transcendent origin and sacred dignity of life, and of the deepest human need: the need to love God with all our strength and our neighbour as ourself.
Posted by Stratford Caldecott at 13:33