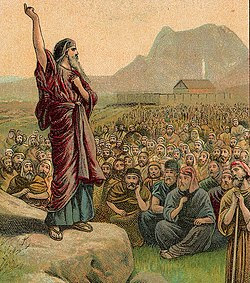 Modern corporate law emerges directly from the idea of this “supernatural” relationship of mutual service and commitment. In a very real sense the institution of the corporation is
the most successful export of early Christianity to the rest of the planet. Its penetration into every culture of the world is a reminder of the universality, the catholicity, of the Christian message. But even in an apparently secular setting, the “corporation” remains essentially a theological idea.

The Trinity is a relationship of utter distinctiveness and yet complete unity. Each divine person is entirely and equally God, and distinct from the others only in terms of relations determined by love. This relationship confounds any simplistic human notions of hierarchy or “connection”. It is also a relationship that is impossible for two of the divine Persons to create or maintain without the third, which constitutes the personal bond between them. Similarly, the covenant between God and Man – and by analogy the relationship between any and all members of a “corporation” – is not one of mere contract between the parties involved. Contracts are mutual agreements that can be broken and therefore abrogated by either side. A covenant, on the other hand, assumes a special kind of relation, a love or spirit that flows between the two parties. Members of the corporation do not commit themselves to each other by contract, but by enacting a covenant. It is this act that creates the corporate entity. Crucially, the relationship is held to persist even when the conditions of the covenant are breached. This is the sign of the real radicality of the corporate relation.

So for example, members of the corporation do not have to make legal agreements with each other for the provision of mutual support. There is no legally binding contract between the marketing staff and the production department about how many items will be ready for shipment at a given time. Plans are made and executed by each in light of mutual requirements. If deadlines are not met, however, there is no recourse to the law, only to higher corporate authority. And failure to meet mutual expectations on any occasion does not eliminate the continuing need to attempt to meet new expectations as they arise. That is, there is no contract to be abrogated and therefore no excuse for refusing to continue within the corporate covenant.

Just as in theology there is no superiority of the Spirit, as the relation of absolute love between the Father and the Son, to the Persons of the Father and the Son, so there is no superiority of the corporate relation to the individuality of its members. The corporation is not “more” than the individuals that make it up; it is, however, distinct, and its existence is dependent solely upon the continuing commitment of the members. This manifests as a preparedness to forgive – to show mercy, and to receive it.

The existence of the “corporate person” is incomprehensible without recognizing that it is the absolute commitment not just to support but to forgive that is at the heart of corporate life. What may be particularly annoying about corporate life is the involvement, the direct intervention, of other persons in the sphere of our own consciences. Each corporate participant must recognize the right (in fact the obligation) of all other members to judge him. The “payoff” for this radical submission to each other is an equally radical forgiveness. Corporate grace is bestowed upon all who err in good faith, as all human beings do. This is the source of the corporate protection, which appears at least strange if not criminal without an understanding of the theological roots of the institution. The implications for management and governance are to be explored next.
Posted by Stratford Caldecott at 16:16