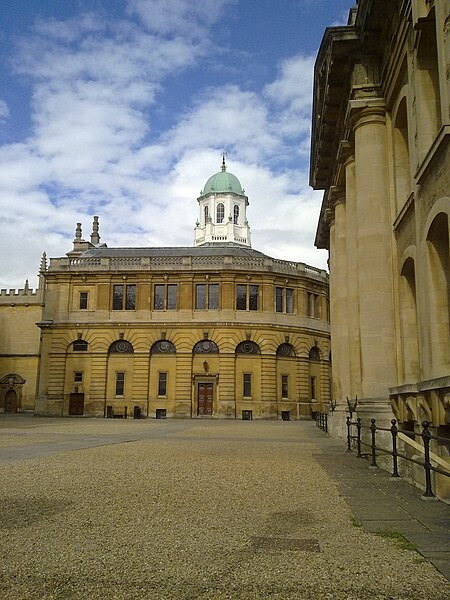 The financial speculator and philanthropist George Soros recently gave a lecture at a panel discussion in Oxford's Sheldonian Theatre, sponsored by the 21st Century School. In it he developed his theory of reflexivity and financial markets. He also announced the creation of an Institute for New Economic Thinking to be launched in April in Cambridge, through the Central European University. Interestingly, the distinguished panelists made several key points: that one's model of the human person determines one's economic model; that the economic order cannot be separated from the religious, political, social, and cultural orders; that there is a need for a new integration of the different academic disciplines in order to study big events (such as the recent recession); and that we have by and large lost the ability to educate students in such a way that they are capable of seeing the big picture, thanks to the fragmentation of our educational system (for more on that theme see my Beauty-in-education blog).

The point of the lecture in Oxford was to see what lessons could be drawn from the recent global financial crisis. For Soros, the lessons were stark. International, deregulated capitalism is over. It does not work. When governments were forced to put the market on to artificial life support, it became clear that markets by themselves do not tend towards equilibrium. The alternative, he concluded, is state capitalism of the kind we see in China (and much less successfully in Russia, he added), where the market is explicitly regulated by the state.

Many will react to this suggestion with scepticism, if not horror. Whatever happened to the Open Society? Personally, I wonder if Mr Soros in his preference for bipolar thinking has jumped too quickly to contrast the unregulated with the state-controlled market, ignoring the actual and potential role of civil society, in the space between the individual and the state. When the dinosaurs collapsed many millions of years ago, tiny little mammals running around their feet inherited the earth. Maybe the alternative to big state-run markets is a multiplicity of overlapping tiny markets, supported by credit unions, cooperatives, guilds and local currencies. That may be a dream, the dream of a small mammal in a world of big beasts, but as for putting our fate in the hands of the state, Leopold Kohr warned us against it long ago:

The fourth and last form of Radicalism is therefore no longer directed against capitalist exploitation, political privilege or religious superstition. Socialists, Liberals, and Christians have taken care of these. It is directed against the power of the state, symbolised by the swollen sponge of Parkinsonian bureaucracy. Since this is proportionate to the size of society on which it feeds, it follows that the most modern form of radicalism, having again to step outside the existing order to accomplish its ends, must aim at centering social life in national communities whose size is so reduced as to render excessive governmental power both impossible and unnecessary. For what good is the welfare state if its costs of administration become larger than the benefits it yields? The new radicals are therefore the decentralisers, the federalisers, the regionalists, the regional nationalists (in contrast to the centralizing, expansionist and hence non-radical nationalistic power megalomaniacs) such as they begin to emerge in all corners of the world.