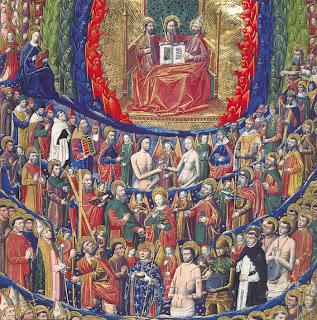 As many observers have noted, as the economic crisis of our century continues to unfold, and political parties flounder to define their own identity (Big Society? One Nation?), there is a growing interest in Catholic social teaching (CST) even among non-Catholics.

A recent analysis by Matthew Taylor for BBC Radio 4 traced this teaching back to the 19th century and the encyclical Rerum Novarum, which, he said, “called on the one hand for compassion for the poor and respect for the dignity of labour and, on the other hand, for respect for property and the family – all held together by the core idea of the common good.”

The encyclical enabled the Church to align herself with the urban working class, yet without encouraging revolutionary violence. In the century that followed, it enabled her to steer a course between the clashing rocks of Communism and Fascism. In the
postwar period, it allowed the Church to interpret and defend democracy, capitalism, and human rights as modern expressions of her own ancient teaching on human dignity.

To some the Church’s course has seemed to track too closely the trajectory of modernity itself, and yet CST has retained an integrity that political movements of Right and Left can only envy. The fundamentals of the teaching are simple, but capable of endless fruitful development: personalism, reflected in the common good, attained by a combination of solidarity and subsidiarity, grounded in the cardinal virtues of prudence, justice, fortitude and temperance.

If the Church in this country had not several years ago closed down Plater College, the Catholic Workers’ College in Oxford, we might by now have had the ideal platform from which to expound and develop these principles and apply them to the solution of the modern crisis – a platform linked to the Pontifical Lateran University in Rome and able to offer an MA in Catholic social doctrine. All of that was destroyed, but not everything has been lost. CST does not lack able exponents, and the need for a balanced teaching of this sort, grounded in a profound understanding of human nature with its strengths and weaknesses, is more apparent than ever.

As Matthew Taylor writes, “Catholic Social Teaching is a doctrine well-suited to today's quest for more ethical businesses, a less overbearing state and a more vibrant and cohesive civil society.” The main problem in adapting it for political purposes, however, needs to be addressed, and that is the close link between Catholic social teaching and ethics. The Church can never forget that her social teaching is a branch of moral theology. The personalism on which it is based implies an understanding of human nature as fulfilled through self-gift and virtue – this involves a spiritual “anthropology” that the secular world, and secular political parties, cannot accept.

Political parties in search of a “big idea” would love to lay claim to an idea such as the “common good” – and have tried to do so on many occasions. What they may not want along with it is a notion of natural law or human dignity that rules out (for example) abortion or gay marriage or the use of weapons of mass destruction. Modern politics is pragmatic, consequentialist, whereas Catholic teaching condemns pragmatism and consequentialism as incoherent and inhumane. It is this integrity of Catholic teaching that Catholics need to understand better, and be prepared to defend, if they are to avoid being co-opted by one political camp or another.


PS. Calling itself "a Catholic call to protect the endangered common good", a manifesto in critique of Paul Ryan's attempt to identify CST with the teaching of Ayn Rand was published recently under the name ON ALL OF OUR SHOULDERS. The manifesto is critiqued in Crisis magazine here.
Posted by Stratford Caldecott at 13:17