The online book review journal Humanum is published by the John Paul II Institute in N. America. It has a particular concern with topics that directly affect the poor and the vulnerable in our society. Please consider registering on the site for a free subscription, so that each new issue can be brought to your attention as soon as it appears.

The first three issues were concerned with "The Child", with Children of Divorce", and with "Artificial Reproduction" (IVF etc.). A fourth on "Same-Sex Unions" and a fifth on "Absent Fathers" will follow. But we began with a focus on children as perhaps the most vulnerable members of human society. They are subject to most of the same pressures and assaults as adults; in addition to this, the very factors that make them children open up other areas of vulnerability. We are
increasingly conscious not only of the millions of unborn children killed in the womb or in laboratories (where approximately 30 embryos are destroyed for every live birth by IVF, for instance), but of the prevalence of sexual abuse throughout our society, especially in institutions where adults have great power over children in their care and little oversight.

And there are many other ways in which adults have failed their children. In the United States, bad or merely inconvenient behavior often leads to children being diagnosed as "bipolar" and calmed with antipsychotic drugs. (And as we know, other pharmaceuticals are readily available to enhance performance in the highly competitive environments of college or business.) In the UK, growing numbers of children are starting school or nursery at the age of four not knowing their own names – not even knowing they need a name – because their parents have been spending too much time on the internet and watching television to teach them to speak.


A further example: it was revealed to the British Parliament in July 2011 that 155 animal-human hybrid embryos have been created in laboratories since such research was legalized in 2008 (that is, before the funding ran out). The justification given – as in the case of research on embryonic stem-cells in general – was that it might help (eventually) to eliminate all kinds of diseases. This is a kind of consequentialist thinking to which the child, from conception until maturity, is particularly vulnerable. And as we can see from this example, it leads in some bizarre directions. But even if we don't allow "chimeras" to live, what is likely to be the psychological damage to children who discover their origin lies not in the love of their parents but in a scientific experiment or commercial transaction?

The technological approach to problem solving is a natural human characteristic, one that to a large extent differentiates us from the other animals, but one which boosted by the possibilities opened up by modern science can do massive harm. What we are seeing is technology on steroids, as it were, wielded by "men without chests" (to borrow C.S. Lewis's phrase from The Abolition of Man). We have barely begun to count the cost of the assault on the child, in social let alone in psychological or spiritual terms. It would be easy to get depressed, and indeed depression is a common affliction among those who seek to reverse the tide by making a stand on one or other of these issues. There is a place and a time for making a stand, but there is also a place and a time for considered reflection, especially if there may be some hope of attacking the disease at its root. 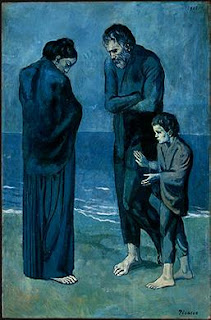 In the second issue, the journal takes on the common view that a "good divorce is better than a bad marriage". Instead it posits that there is something inherently bad about divorce, or at least about a divorce involving children, which is that it inflicts an "ontological wound". Of course, in speaking of the damage that is caused by divorce, we need to tread carefully. Humanum is a work of reason as well as faith, and that means we cannot presume to deduce the precise outcome of any divorce a priori. Nor can we forget that we live in a society where divorce and remarriage, not to mention living together outside marriage, is increasingly the norm. People often enter marriage expecting to be able to divorce – which, of course, from the point of view of the Catholic Church means that their marriage is not fully sacramental in the first place. And many of us know families in which divorce seems to have had no ill-effects at all. The situation is therefore complex. Yet, as several studies reviewed in this issue reveal, the damage caused by even the gentlest and most polite of divorces may be subtle and long-lasting, since from the child's point of view a unitary "origin" in the love of a man and a woman has been broken, with untold consequences for the child's sense of identity.

Marriage in the sacramental sense – rather than in the legal sense of a contract between two people, which can always be dissolved – only exists because of an intrinsic or constitutive relationship to God, as the basis of an intended ontological bonding of the two persons into a new "body" that can be exclusively identified with neither of them. The sacramental union can exist only until death, but up to that point, no matter how distant the couple may become from each other, it continues to subsist, and to affect the destiny of each – just as, analogously, two subatomic particles once "entangled" are always linked across time and space, and the fate of one is bound to the fate of the other. The nuptial union in question is not simply a physical pairing for the purpose of intercourse and procreation (in which two human bodies become a single point of "origin" for the new life of a child), but a persisting unity of two lives in one story, one overarching drama.

If marriage is this, it may be a school for sanctity, but it will not necessarily be an oasis of happiness or ease. It is a process, a crucible, a factory in which something is being done to each of the spouses, such that they cannot emerge unaffected. The easy acceptance of divorce in our society seems to prevent many people experiencing that struggle and its eventual fruits, which their parents' or grandparents' generation often did – the joy and love that comes from persistence, the forgiveness of faults, and the determination to remain faithful to the most solemn of all promises. 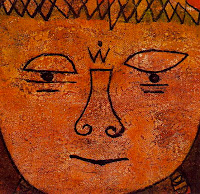 The third issue of Humanum is concerned with "ART". As the editorial points out, the controversy is not about the word "artificial" per se. In fact it is fairly clear to everyone where the difference lies between "natural" reproduction and the kinds of "artificial" intervention that go under the name of IVF or ART. The controversy is more about the significance of that difference, and this only comes into view when ontology again is brought into the picture. It is about the nature of the human being rather than the naturalness of the technique. All such techniques, the Church asserts, are contrary to the inalienable dignity of the human being which it is our moral duty to affirm and defend.

"We thus state again our firm conviction that artificial reproductive techniques, far from being a real treatment for the sterility of a couple, in reality constitute an unworthy method for the coming forth of a new life, whose beginning thus depends in large measure on the technical action of third parties outside the couple and takes place in a context totally separated from conjugal love. In employing ART, indeed, the spouses do not in any way take part in the conception of their child through the reciprocal corporeal and spiritual self-giving of their persons by means of the conjugal act."

From the wide range of books under review in this issue we learn that a host of practical problems and moral dilemmas arise from the use of ART, not least the psychological confusion of those who have been conceived in this way and denied access to their genetic parents.

The above article is based on the editorials for the first three issues which may be read in full here, here, and here. The next issue will review books about "Same-Sex Unions".
Posted by Stratford Caldecott at 21:17