The recent furore over the publication by a reputable medical ethics journal of an article arguing that infanticide should be permitted because there is no moral difference between an embryo and a newborn, and the other fuss about the discovery that women in the UK are regularly given abortions on the NHS simply because they don't like the gender of the child ("gendercide"), have caused a certain amount of consternation in the minds of the British public. 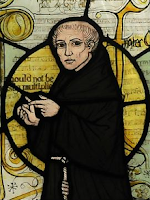 If we are on a slippery slope to barbarism, it started earlier than the 1967 Abortion Act. It can be traced back at least to the 14th-century Oxford philosopher William of Ockham, and to other nominalist and voluntarist philosophers of the Middle Ages. Abortion is a social justice issue, and a moral issue, but more than that, it is an ontological and epistemological one. What is a "person", and what is a "right"? Modern dilemmas over abortion stem from the widespread assumption – derived from these philosophers – that the word "person" is merely a label that we choose to apply to some group of individuals we choose to relate to as equals. It does not, that is, have a deeper
significance, as referring to some "essence" that all human beings have in common (something, let us say, in the Mind of God; or something objectively present in all members of that group). Which means, of course, that we can absolve ourselves from murder by refusing to attach the label to anyone we have reason to kill.

Thus, the authors of the article in the Journal of Medical Ethics justify what they call "after-birth abortion"on the grounds that a "person" can be defined as "an individual who is capable of attributing to her own existence some (at least) basic value such that being deprived of this existence represents a loss to her." A newborn, the argument goes, since it lacks the conscious sense of the value of its own life, is only a "potential person" and can be "aborted" on any number of medical grounds, or no doubt merely for the sake of convenience. Now, no doubt certain kinds of value (to society, for example) accrue to an infant as it grows and as it develops relationships and skills, not to mention self-awareness. But on the more traditional view, all such values are added to a kind of "baseline" which in the case of human beings is infinite or unquantifiable. This basic value belongs to human beings as such, whether they are conscious of being so or not. And a human being has a life that begins with conception, when it becomes genetically distinct from its parent.

The issue of rights is even more complicated. As I wrote in my booklet on Catholic social teaching,

But according to the purely secular view of life, no one was "created" to do anything. My existence does not impose a moral responsibility on anyone else. Rights are negotiated through political and social structures, or else held by longstanding tradition (provided no one objects to them too strongly). No wonder that they can disconcertingly grow, shift, and mutate at a time when political and social structures (and cultural traditions) themselves have lost their stability. So really the question of rights comes down, like the specific question of the value of a human life, to whether God exists or not.
Posted by Stratford Caldecott at 14:37