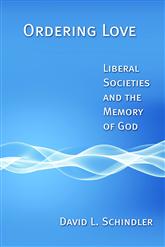 On both sides of the Atlantic, we are witnessing a concerted attack on Christianity and on the institution that the Church deems the fundamental cell of society, namely the family founded on the marriage of a man and a woman. In the US, Archbishop Chaput and other bishops have reacted strongly to the "contraception mandate" – the plans of the Obama administration to force Catholic agencies indirectly to fund contraception and abortion services. In the UK, the High Court ruled "unlawful" the practice of local town councils to open their meetings with a prayer. A government scheme permits girls as young as 13 to receive secret contraceptive implants at school without the knowledge of their parents. Meanwhile the Archbishop of Canterbury has warned against the movement to legalize assisted suicide or euthanasia as representing a disastrous shift in the "moral and spiritual atmosphere". In both the US and UK, where homosexual unions are increasingly regarded as normal, pressure is growing for the right to homosexual "marriage", contrary to the dictionary definition as well as the longstanding universal tradition that marriage is a lifelong union between a man and a woman,
ultimately for the sake of offspring. (The question of offspring has been blurred by the development of IVF and surrogacy, and the question of same-sex unions by gender "reassignment", whether by legal decree or by surgery.) See Christian Concern for these and other relevant news stories.

All of this is predictable, and has indeed been predicted for some time (along with various disastrous outcomes) by many cultural observers. Of course, one can become unpopular by referring to a "slippery slope", but no other metaphor seems more appropriate in this situation. Once we have left the "level ground" of common sense on these matters, there is nowhere to go but down, and in a world where every handhold is rapidly demolished the speed of our descent can only increase. Common sense, here, is defined not only by the universal and perennial principles of an ordered society, but by the philosophy of natural law and virtues that underpinned that consensus, based on the intrinsic connection of truth, goodness, and beauty.

Critics naturally object that the cultural conservatives jumble all kinds of different issues together in their diatribes (as I have done in my opening paragraph). But there is a reason all these things are connected, and to help us see this more clearly I want to recommend two books in particular. The historical trajectory of our civilization is admirably described in a major work by the historian Glenn W. Olsen, The Turn to Transcendence from CUA Press. (Olsen is also the author of a recent book on the history of homosexuality from the Pontifical Institute for Medieval Studies which I hope to review on another occasion.) Finally, the philosophical and intellectual critique of the "culture of death" is laid out in David L. Schindler's long-awaited new book, Ordering Love: Liberal Societies and the Memory of God (Eerdmans), in which the author claims that "Reality at root is a matter of love and love is a matter of order, a bearer of a 'word' or 'logic' that presupposes an ordering intelligence." Modernity, by contrast, looks on love as "at best a matter of piety or good will, and not as the basic stuff that makes our lives and the things of the world real, the basic order of our lives and of all things."

These two books take the intellectual battle with the new atheism and creeping secularism to a whole new level. And for those who find David Schindler's work hard to get a handle on, there is now a good introduction to his thought by a range of other writers called Being Holy In the World. Both this and his own book are listed with links in the "Other books" section of our main website (secondspring.co.uk).

The next few posts will be about religious freedom.
Posted by Stratford Caldecott at 11:18