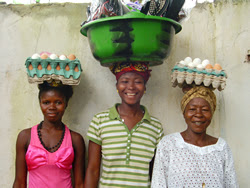 Pope Benedict XVI, in an speech on 1 July 2011 to participants in an annual conference on hunger organised by the UN Food and Agriculture Organisation, said that persistent world hunger is a tragedy driven by selfish and profit-driven economic models, whose first victims are millions of children deprived of life or good health. In responding to the crisis, international agencies should rediscover the value of the family farm, promoting the movement of young people back into rural areas. “How can we be silent about the fact that even food has become the object of speculation or is tied to the course of a financial market that, lacking definite rules and poor in moral principles, appears anchored to the sole objective of profit?”
The Pope called for support of international efforts to promote the family farm as a key component of national economies. “The rural family is a model not only of work, but of life and the concrete expression of solidarity, in which the essential role of the woman is confirmed.” Food security also requires protective measures against “frenetic exploitation of natural resources”. This is especially true because the race to consumption and waste seems to ignore the threat to the genetic patrimony and biological diversity, which are so important to agricultural activity. The Bible’s injunction to “cultivate and care for the earth” was opposed to exclusive appropriation of such natural resources.
These remarks should be read in the context of his encyclical on development, and seem to fit very well with aspects of the Distributist tradition. This philosophy or approach is admittedly hard to apply in developed economies, but its relevance in poor countries (in Africa and Asia particularly) is easy to see. Please refer to our project in Sierra Leone. Also see the Vatican's document on the distribution of land in Latin America.
Posted by Stratford Caldecott at 08:06