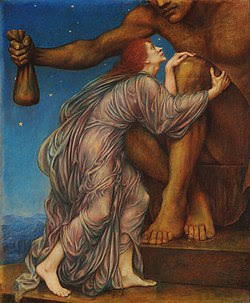 Philip Goodchild’s reference to the “religion of money” prompted me to this thought about moral ambiguity. Could one argue that money is a secular analogy to the Holy Spirit?  It is a medium of exchange - it makes much of social life possible. It is founded on trust. The word is derived from the goddess Juno Moneta in Rome - Juno was one of the Roman Trinity of Jupiter, Athena and Juno, and she was also the "mother of the muses", responsible for divine protection of the arts and sciences. "In some sense, money represents everything we could desire. It is the thing that gives us potential access to what we want. Like language, money is one of the two ways we have to communicate" (Keith Hart). In this sense language is like the Word (second person of the Trinity), and money like the Spirit. Does that account for the ease with which we turn it into an idol?
Posted by Stratford Caldecott at 17:29