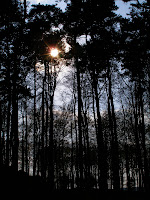 The Pope does not use the fashionable phrases “global warming” or even “climate change”, but his remarks in the 2009 encyclical (Caritas in Veritate) constitute the most sustained and systematic papal statement yet on the importance of ecology, clearly building on the remarks of John Paul II in Solicitudo Rei Socialis and Centesimus Annus. The Pope has spoken at a Wednesday audience on this theme during August and will revisit it in his January 2010 Message for the World Day of Peace.

I have already drawn attention to the Pope’s remarks on population and “responsible procreation” in the encyclical, which follow his treatment of rights and duties and precede those on ecology. In the same important chapter he talks of how the pursuit of profit should be subordinated to the goal of a “more humane market and society”. He speaks about how development programmes can be made sustainable, and the need to base them around an accurate assessment of need. It is only after this that he turns to the issue of the environment.

“The environment is God's gift to everyone, and in our use of it we have a responsibility towards the poor, towards future generations and towards humanity as a whole” (48). Nature is not more important than the human person, but “is more than raw material to be manipulated at our pleasure; it is a wondrous work of the Creator containing a ‘grammar’ which sets forth ends and criteria for its wise use, not its reckless exploitation.”

The Pope goes on to highlight the exploitation of non-renewable energy resources and the need for research into alternatives. He insists that “technologically advanced societies can and must lower their domestic energy consumption, either through an evolution in manufacturing methods or through greater ecological sensitivity among their citizens,” with a view to “a worldwide redistribution of energy resources”. This is all part of our “responsible stewardship over nature, in order to protect it, to enjoy its fruits and to cultivate it in new ways, with the assistance of advanced technologies, so that it can worthily accommodate and feed the world's population” (50).

Economic development cannot be separated from a concern for the environment. In section 51 he states: “The way humanity treats the environment influences the way it treats itself, and vice versa. This invites contemporary society to a serious review of its life-style, which, in many parts of the world, is prone to hedonism and consumerism, regardless of their harmful consequences.” “The Church has a responsibility towards creation and she must assert this responsibility in the public sphere. In so doing, she must defend not only earth, water and air as gifts of creation that belong to everyone. She must above all protect mankind from self-destruction. There is need for what might be called a human ecology, correctly understood.” This human ecology is bound up with a sense of the dignity of the human person, particularly “the right to life and to a natural death”.

There is a reason for that. “The book of nature is one and indivisible: it takes in not only the environment but also life, sexuality, marriage, the family, social relations: in a word, integral human development. Our duties towards the environment are linked to our duties towards the human person, considered in himself and in relation to others. It would be wrong to uphold one set of duties while trampling on the other.” Section 52 concludes: “That which is prior to us and constitutes us — subsistent Love and Truth — shows us what goodness is, and in what our true happiness consists. It shows us the road to true development.”

The Pope refers in passing, as we have seen, to some specific ecological issues such as energy and population (he also mentions the problems of desertification, water supply, and the impact of war, in section 51). But in general he is laying down fundamental principles, and there are several issues that are not mentioned by name. Climate change is undeniable, the destruction of biodiversity unacceptable (the mass extinction of named and unnamed species presently occurring is not receiving the attention it deserves). These and other examples of our impact on nature merely emphasize the central role played by human beings in the world’s ecosystem. The Pope along with other religious leaders (including the Archbishop of Canterbury) is calling on us to take seriously our God-given role as steward and protector of the integrity and harmony of creation.

Symbolic Metaphysics
In an earlier statement, published in July 1989, Cardinal Ratzinger had already linked the theology of the body with environmental ecology:


We have to make evident once more what is meant by the world's having been created 'in wisdom'…. Only then can conscience and norm enter again into proper relationship. For then it will become clear that conscience is not some individualistic (or collective) calculation; rather it is a "con-sciens", a "knowing along with" creation and, through creation, with God the Creator. Then, too, it will be rediscovered that man's greatness does not lie in the miserable autonomy of some midget proclaiming himself his one and only master, but in the fact that his being allows the highest wisdom, truth itself, to shine through. Then it will become clear that man is so much the greater the more he is capable of hearing the profound message of creation, the message of the Creator. And then it will be apparent how harmony with creation, whose wisdom becomes our norm, does not mean a limitation upon our freedom but is rather an expression of our reason and our dignity. Then the body also is given its due honor: it is no longer something "used", but is the temple of authentic human dignity because it is God's handiwork in the world. Then is the equal dignity of man and woman made manifest precisely in the fact that they are different. One will then begin to understand once again that their bodiliness reaches the metaphysical depths and is the basis of a symbolic metaphysics whose denial or neglect does not ennoble man but destroys him. [Joseph Cardinal Ratzinger, “Fundamental Characteristics of the Present Crisis of Faith,” L’Osservatore Romano, July 24, 1989.]

Picture by Rose-Marie Caldecott
Posted by Stratford Caldecott at 14:32